Image Caption: Journalists and other staff from Australian outlets protested in support of AAP

The Australian Associated Press news agency is closing after 85 years.

During a briefing at AAP’s office in Sydney, about 180 staff were told that a drop in subscribers and an increase in free online competitors meant the business was “no longer viable”.

They were also told that they would lose their jobs in June.

The agency provided text, images and video reports on news, sport and finance to about 200 newspapers, broadcasters and websites.

In a statement following the announcement, chief executive Bruce Davidson said: “This decision’s been made with very heavy hearts. It’s been made on an economic and financial basis.”

Staff were also told there would about 30 to 50 jobs available at the agency’s two major shareholders, Nine and News Corp Australia.

Image Caption: Bruce Davidson said the decision had been made “with very heavy hearts”

Addressing journalists in the press gallery at federal parliament, Prime Minister Scott Morrison said: “They have a wonderful history in this place, and when you have such an important institution such as AAP coming to an end, that is a matter of real concern.”

Mr Albanese later tweeted: “Secrecy is on the rise, transparency is in decline – and a strong, independent media is more important than ever. Thinking of all the journalists and workers at AAP. A sad day for journalism in Australia.” 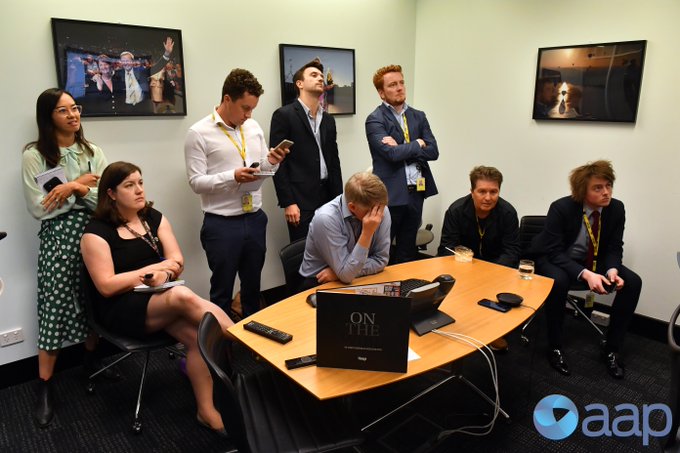 This is what sacked journos do 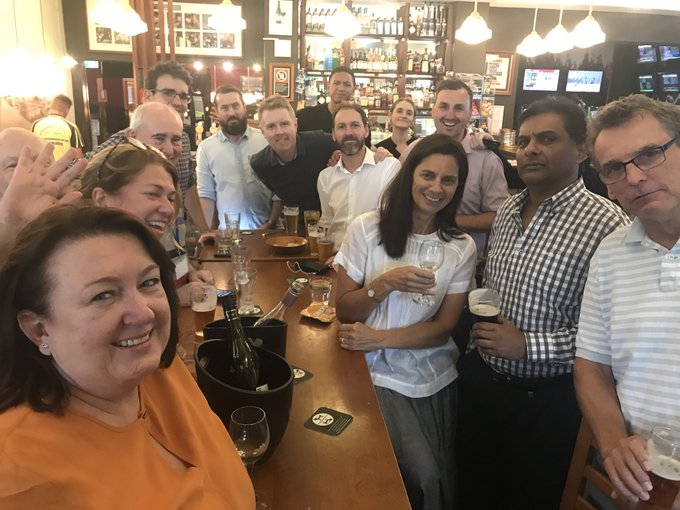 Fellow journalists also paid tribute online, calling the news “extraordinarily sad”, and praising the agency’s staff for continuing to work after news of the closure broke.

Dominica Sanda, one of the agency’s Sydney-based journalists, said it was a “sad day for an industry I love and a career/life that I’ve loved even more”.

“AAP is is the backbone of journalism in Australia,” she added. “You don’t see our names everywhere and some people don’t know who we are, but we’re there when others aren’t and we remain unwaveringly impartial.”

AAP was founded by media baron Keith Murdoch in 1935, and went on to become a central news source for major outlets in Australia and abroad.

But after major staff cuts and the closure of the agency’s New Zealand arm in 2018, speculation over the company’s future was rife.

In a further statement on Tuesday, the company said it had been forced to close because of the “unprecedented impact” of digital platforms, including Facebook and Google, taking content and distributing it for free.

Coronavirus: When will the outbreak end and life get back to normal?

Microsoft launches a deep-fake detector tool ahead of US election

COVID-19 Has Lessons for Journalists Covering the Climate Crisis